The challenge of globalization for Chinese MNCs

June 27th, 2013 - Shanghai, China - Chinese companies’ historical advantages such as strong domestic revenue growth and low labor cost will be shrinking; their ability to internationalize their business today will therefore determine their success tomorrow. In the next decades, billions of people in India, South Asia, Latin America, former USSR and Africa will be able to afford better infrastructure, healthcare, banking, goods and services. We can also expect that mature economies like Europe, US and Japan will maintain a comparatively high level of GDP.

Chinese companies have relied on a tremendous domestic growth to develop considerable size and competencies.  For multinationals from other emerging markets it was the opposite case, they had to expand internationally and build up world class capacities while western competitors were actively battling back, Chinese MNCs often enjoyed lower cost structures to gain market shares overseas with minimal efforts. To maintain their profitability over the long term, Chinese companies will need to structure themselves into truly global corporations, able to compete on any markets, with any competitor.

For most Chinese companies, globalization is still a foreign concept which can lead to major impacts on their corporate identity, governance and business culture.  Many Chinese business leaders are reluctant to engage their firms in these transformations, although those who made it have met an encouraging success. Lenovo became the world’s market leader by decentralizing decision making to empower local management teams after the acquisition of IBM, Personal Computers; Huawei, and Trinar Solar approached  the global leadership in their industry with significant investments in global innovation strategies; Goodbaby, Mindray and Geely maintain the highest growth in their sector after they teamed up with western partners to upgrade their manufacturing standards and penetrate international markets; even Tiens has moved towards the Global Fortune 500 by establishing direct operations in more than 70 countries. In the natural resources sector, however, we see more Chinese companies that have made the transformation into global giants through mastering the art of M&A activities worldwide.

In this process, the biggest challenge of companies is to create international structures where all national and functional cultures can play out together to implement local, intuitive, flexible and quick initiatives. It is particularly difficult for corporate systems driven by top line quarterly results with centralized decision control, as they need to give as much scope and autonomy as possible to local management teams, who know how to play in their local environment, and encourage their creativity and different opinions.

In Chinese multinationals, the language is an additional barrier to empower local talents and many fail to retain international experts, who aspire to decision power and reject management methods based on personal relationships and authority. Chinese business leaders must therefore treat Human Resources with the same degree of importance they do with all other business support functions to broader views on diversity, delegation, human capital management and enable such global organizations to perform.

Chinese multinational have significant resources to take advantage of opportunities in tomorrow’s global economy, they will win if they take on important decisions to implement global governance, organizational and management methods, now. 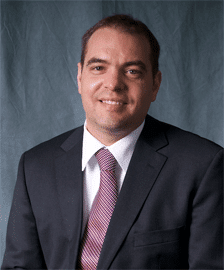 Gautier Vasseur is a Partner and has been with the firm since 2003. Mr. Vasseur is the Head of Greater China, Russia and CIS in charge of developing Pedersen & Partners’ expanding presence in these regions. Mr. Vasseur is a multicultural, Executive Search professional, having worked in Prague, Almaty, and Moscow and now based in Shanghai. Mr. Vasseur has completed hundreds of international assignments for Senior, Board and Supervisory Board level recruitments across all sectors for clients in Asia, Europe, Russia, CIS, Middle East, India and America. He also contributes articles on various topics, and has spoken at numerous conferences, on recruitment and leadership issues related to the Emerging Markets.

Mr. Vasseur has lived in more than 10 countries; he holds an MBA from the Graduate Business School of Chambery and graduated as a Specialised Master in Inter-Cultural Management from EMLyon. In addition to his native French, he speaks fluent English and is able to communicate in German, Russian, Czech, and knows some basics of Mandarin.