February 1st, 2013 - Johannesburg, South Africa - Few could deny that 2012 was a tumultuous year for mining, with continued pressure on the world’s consumer markets. 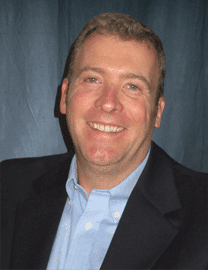 The industry has had to deal with a variety of issues. They include volatile commodity pricing, depressed shareholder value, aggressive stakeholders evicting management (most conspicuously in South Africa and Canada) and violent labour unrest (most conspicuously in South Africa and Australia).
Then there was also continuing consolidation in the sector through mergers and acquisitions as well as high profile community opposition to advanced projects across the globe, most recently in South Africa around so-called fracking and in Malaysia around supposed radiation poisoning.

In review, and here we use that most perfect of attributes - hindsight - we could assume that these are all issues that mining, and the other resources sector industries, need to get used to, adapt to and learn to manage.

Commodities are not becoming more prevalent, and the locations where these minerals are found are becoming more remote and more environmentally sensitive.

This means they increasingly require involvement with communities who have not dealt with companies in any form in the past, except through aggressive or illegal exploitation of their resources.

And with this track record it is understandable that many communities would not be overjoyed and welcoming of firstly, mining explorers and secondly, the extractors or miners.

Perhaps by way of argument we can look towards how the playing field has changed, and the demands this is making on management. Employment in mining management is no longer an environment purely focused on production and health and safety.

In December 2011 Deloitte produced a list of issues facing mining in which Tim Richards, Deloitte’s Australian mining leader, is quoted as saying:

The mining sector is facing a perfect storm of converging global forces. The unrelenting rises in the cost of doing business, unprecedented commodity price volatility and an ever-tightening regulatory environment mean mining companies will increasingly need to seek out unconventional solutions if they are to overcome these challenges. … the looming skills shortage, the cost of doing business and increased capital project risk were just some of the major challenges facing the mining industry on both a global and domestic front.

While mining and other resources companies have become more community conscious and environmentally aware, and have even raised corporate responsibility over the last decade or so, these same companies face a looming crisis.

Passing of the old guard a looming disaster

This involves succession planning, current management skills and impending retirement of management - issues which point to a skills shortage and staff development and up skilling crises.

For nearly a decade the industry has been aware of these impending issues, and a decade ago its management was 10 years from retirement.

Now the industry is forced to face an impending disaster where the majority of skills currently employed will be considering retirement, or actually retiring in the next decade.

With this impending skills shortage and the tumultuous nature of the mining and resources working environment, I believe human resources is going to become another of the tough environments of this industry.

No longer will it be an environment viewed by many as a soft option. It is now time for those with good HR skills to stand up and be counted.

You will all be responsible for identifying, sourcing and selecting the industry's management going forward - management that is scarce and in short supply, and will be mostly inexperienced when required.

As many detractors and critics have intimated through 2011-2012, management in our sector is lacking decision-making ability when tough decisions are required.

This was not always the case, as we know. Our industry has a system of competency instilled to identify, train and empower decision-making.

By its dangerous and exploratory nature, methods of production, risks, dependence on worldwide traded commodity prices and need for experienced skills, the mining industry is a global business with global concerns.

I believe Deloitte has summarised the challenges; as a result, the larger issues affecting Australia, or South Africa, will affect African, American and European miners.

And the solution to all the highlighted issues? The sourcing and keeping of good, solid individuals dedicated to the success of your business and focused on their own progression, growth and prosperity will be the key.

* Guest columnist Carl Bosman is a principal at international executive search firm Pedersen & Partners. Views expressed are his own.

Written by Carl Bosman for Fin 24

"We must look at the transformation from the user’s experience and ask ourselves what a great experience looks like to them." Satya Samal, SVP LTI
September 17, 2020
Insights
Pedersen & Partners welcomes Ceren Donmez back to its Turkey team
September 08, 2020
Press Releases
“We always want the best person for the job, and the best people we found for the roles we filled in this organisation happened to be women.”
September 08, 2020
Insights
Pedersen & Partners adds Carlos Eduardo Goncalves to its US Consumer & Retail Practice
September 04, 2020
Press Releases
Bring it on home: understanding creative in-housing and ensuring best in class leadership
August 21, 2020
Insights