Salary cuts for the best and brightest, ”Večernji list”

During the first half of Croatia's initial year of EU membership, 261 doctors requested and received visas for work or study abroad, although the number who have actually left is not known. If this trend continues in Croatia, emigrating doctors will soon outnumber newly-graduated doctors.

The five-year recession has affected even the most educated, although doctors and IT people have the luxury of choosing between plentiful work at home and opportunities abroad. Croatian doctors earn about 10,000 kn net on average, with top specialists bringing in around 15,000 kn including overtime. Compare this salary to the €4,000 gross monthly salary (with annual pay rises) earned by a doctor in Germany, and the wanderlust is hardly surprising.

However, improved salary is not the only incentive for migrating Croatian doctors. According to Dr. Hrvoje Minigo, president of the Croatian Medical Chamber, Croatian doctors also want better working and living conditions.
Croatia has 212,000 employees with university degrees earning 8,342 kn net. By sector, the average net salary ranges from 5,600 kn in security to 14,747 kn in the tobacco industry. Wages are stagnant for unskilled and skilled workers alike, and other privileges are disappearing as well.

According to an expert in the field, a good software engineer could choose a luxury company car and a corporate card in 2008, but today can negotiate only a basic salary and perhaps an annual bonus.

If university admissions policies took demand into consideration, a thousand young IT engineers would be produced annually (the current number is 300). However, the colleges produce 10,000 new economists every year, and these graduates generally fail to find work in a job market that is tough for even the most experienced managers.

It is a little-known fact that the Croatian IT industry produces some world-class products and services. For example, INFOBIP from Vodnjana is globally ranked third for innovation in SMS banking, Osijek Inchoo is one of the top five producers of e-shops, Osijek Farmeron's applications are a boon to the dairy industry, Zagreb Salespod has been making waves with a mobile app for commercial travelers, and the mobile apps company Five Minutes has also positioned itself in the global market. All of these companies have made their mark on the world thanks to the skill of local programmers. 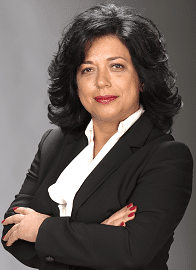 Sanja Brkić, director of head hunting company Pedersen & Partners, says that the financial crisis has had a drastic effect on managers.

Headcount is reduced, companies are not expanding, and new companies are not entering the market. A single employee often covers several positions. Companies are abolishing individual managerial positions in each country and using one manager to cover several countries, Brkic reports, adding that currently the highest demand is for finance people, managers with experience in restructuring and cost saving, and managers who can open up new markets and sales channels. However, demand is falling for employees in marketing and corporate communications.

Salaries and candidate expectations have both decreased, says Brkić Candidates are now more careful and realistic, and job security is given top priority.
Just as an example, a 50-year-old manager with experience in several companies is now looking at a net salary of 8-10,000 kn per month, while five years ago he could choose a job paying 20,000 kn plus benefits.

Salary cuts for the best and brightest

Read online:
Salary cuts for the best and brightest
Download the original in PDF:

Pedersen & Partners launches Global Shared Services Practice Group and appoints Paul Inman as Group Head
August 07, 2020
Press Releases
The growth and future of e-commerce in the Middle East
August 06, 2020
Insights
Rebecca Boudreaux, Oberon Fuels President and Director: "It’s hard for individuals to be well-rounded but it’s not hard for teams to be – if you do it right"
August 06, 2020
Insights
Ahmet Hasanbeseoglu talks to Pedersen & Partners about the Digital Transformation of Unilever’s supply chain, and the impact on talent acquisition and retention
July 31, 2020
Insights
Insights into Telehealth, Health Technology, and MedTech
July 24, 2020
Insights