When talent is not enough: Being a woman in Colombia

April 22nd 2013 - Riga, Latvia - Indra Nooyi, Meg Whitman, Irene Rosenfeld, Ellen Kullman, Patricia Woertz have a few things in common, they are CEO’s of monumental, multinational, giant corporations; they are American corporations, they are women, they are mothers and they are listed in Forbes top 10 most powerful women.  Does that mean that only powerful woman can exist in the United States? What about Europe?  South America?  I wanted to write a piece that recognizes the power and the strength successful woman outside the US have and the determination, persistence and dedication to succeed both at home and in the workplace. It is an attempt to underscore the shining brilliance of women in less equitable situations who rise to the top and succeed despite the sociocultural conditions that make their climb so much harder. 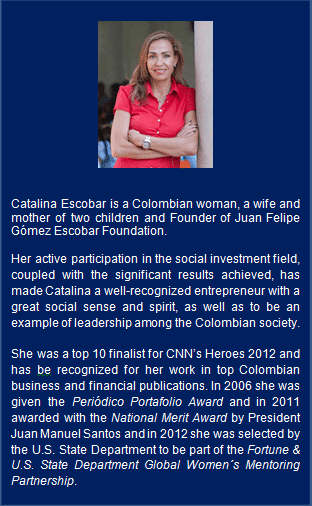 With strongly embedded stereotypes and a conservative split of roles and duties at home and at work, there are few heroines in Colombia, which make it to the executive level both in business and politics. Approximately 4% of the top 100 companies in Colombia have women CEOs.

We are aware how difficult it is to get women into the Board Rooms in Europe (EU figures show that only 12 per cent of board members at large listed companies are women, well below the 40 per cent threshold targeted by Brussels), yet the problem is much more severe in Colombia, and probably not due to subjective reasons (women not being interested to spend so much time at work; high levels of stress), but more likely due to  objective reasons (the formidable “glass ceiling”; unequal split of responsibilities at home; strong stereotypes).

As a European woman, I was quite shocked to learn that until the 1970’s most families in Colombia had as many children as God gave them, reaching as many as 15 per woman. With the conservative split of duties in such families, whereby women take most, if not all of the responsibility for child rearing, there is hardly any possibility to think about successful careers.

In the past 3 decades, Colombia, like much of South America has undergone a transformation pulling themselves out of the Dark Ages for women interested in building a career, resulting in higher urbanization and higher participation of women in the work force, as well as an increasing number of single parent households where a woman absorbs the sole responsibility for children, and is also the single breadwinner for her family.

Today, just over half of the female population participates in the Colombian labor force; however, the wage gap still has a staggering 25% to 35% disparity compared to their male counterparts. With more than 11 million female professionals in the work force, the success of the Colombian transformations yielded a considerable increase from the 19% of women that participated 50-60 years earlier.

The Colombian society is highly polarized and does not seem to be overly flexible for change – about 13% of the population controls 85% of the wealth (Figure 1). This does not create a positive ground for the development of equal opportunities, and further, does not encourage diversity and modern ways of business management in corporations.

Those women belonging to the lowest strata have to work, mainly in simple professions, since they have fewer chances to obtain solid international education and experience, while many men in that strata spend most of their income on alcohol and similar consumables.

The middle class is very small but is the only reliable source for women executives; their families had some income for education as well as the motivation for developing professionally. Women in the upper class have the most opportunities for education; however it is not a good “tone” to join the workforce if you are of this class.

While many women in Colombia pursue professional careers, they are also expected to take primary responsibility for children, thus in a way, they are still single mothers, regardless of their marital status. This means they have to find the time to bring their children to doctors, attend events at school, follow the studies, solve problems, stay at home with sick children, be at home when the babysitters have to leave or kindergartens are closed; and this all while their male colleagues continue climbing the career ladder. Even if women somehow manage to work full time, they have limited opportunities to work overtime, take extensive business trips, regenerate, take time for self-development or to further their education. The situation is better in families that have lived abroad, obtained international education or generally – having been more exposed to the globalization processes in one way or another.

These conditions create disparity and limit opportunities for women to achieve the top positions in business. Some of my clients – male executives from Scandinavia – sometimes are not available for meetings since they are on paternity leave or they are taking care of a sick child, changing on a daily basis with their wives.

In regards to “glass ceilings” – they exist, even in Europe; for women to succeed and be accepted as equal partners in business, though in Colombia women I interviewed for this article indicated that sometimes the ceiling is more of a cage and is made of a more solid material than glass… meaning that the discrimination is very obvious and women have more difficult barriers to overcome in almost every step they take when climbing the career ladder. 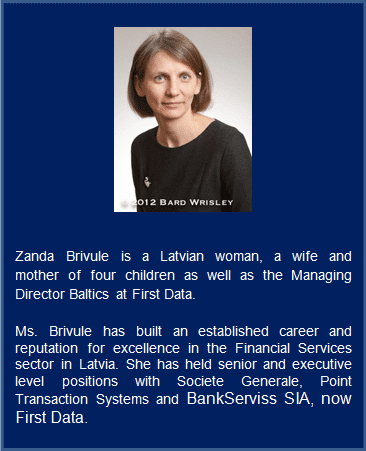 Women in Colombia have to be ten times more talented, educated, determined and ambitious compared to their male counterparts in order to be taken seriously and to succeed at work.  While chauvinist jokes, or attending a strip bar with male colleagues in “liberal Europe” may be tolerated and cast aside as the price of business for a woman; these actions are far less tolerable for the very conservative, Catholic societies of Colombia and South America.  The tolerance of women in these situations goes well beyond the price of business as usual in such a society where women are held to higher standards. The Colombian business women I interviewed were very well educated, international, smooth, smart, persuasive, and ambitious, determined to succeed. They demonstrated a very high level of dedication and strong values.

While knowing that both Europe and Colombia have come a long way in creating equal opportunities for woman, it is important to recognize the distance ahead and that retrospective articles like this help to spread awareness and open people up to new perceptions and help to create a dialogue to open new doors in the future.  I would like thank and dedicate this article to the women that helped give shape to this article, namely: Fernanda Garcia, Catalina Escobar, Zulma Guzman, Claudia Arias Robledo, Adriana Suarez and Maria Pica Poch. 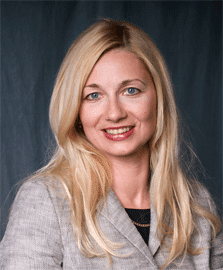 Evita Lune is a Partner and the Country Manager for Latvia at Pedersen & Partners. She has completed more than 150 senior level assignments in her eight years within the company, and has established a strong cooperation with clients in the Baltics, Scandinavia, Russia and CIS across such sectors as: Consumer Goods, Retail, Pharmaceutical, and the Professional Services. Her previous experience includes three years with the Stockholm School of Economics in Riga as the Executive MBA Program Director and six years with Shell in international regional marketing management functions in Riga, Budapest and Brussels. Ms.     Lune has a PhD in Social Economy. Besides her native Latvian, Evita Lune speaks fluent English and Russian and has a good understanding of German and Swedish.

When talent is not enough - Being a woman in Colombia.pdf