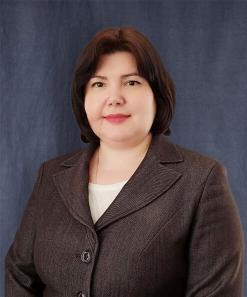 Natalia Banaru is a Research Consultant at Pedersen & Partners based in Balti, Moldova. In this role, she supports the firm’s consultants with the execution of cross-border Executive Search assignments in various industries. Ms. Banaru joined the firm in 2017 as a Research Analyst and has been promoted to a Research Associate role in the same year. Prior to joining Pedersen & Partners, Ms. Banaru worked for more than a decade as an English Lecturer at a local university.

Ms. Banaru holds a Master’s degree in Foreign Languages and Literature from the Alecu Russo State University in Balti, Moldova. In addition to her native Romanian, she is fluent in Russian and English, and can communicate in French.