Dubai, United Arab Emirates - Dubai is taking advantage of a strong tourism market, an influx of expats and a strong financial services hub – even before the World Expo 2020.

Dubai, one of seven emirates that make up the United Arab Emirates (UAE), is a global hub where any multinational business that wants a presence in the Middle East will likely have a head office.

A safe haven from the unrest in its near neighbours, Dubai’s government is making significant investment in infrastructure ahead of its hosting of the World Expo 2020 (see below). Add in the consistently strong tourism market, its strength as a Middle East financial/commercial hub and base for all of the supporting industries, and clearly recruiters enjoy a very buoyant market.

As Jonathan Price, managing director of education recruiter Eteach International says, business is “booming”. In light of this, UK-based Eteach recently launched a Dubai office to supply teachers into these schools.

The expat population in the emirate, currently about 96% of the population, is growing, he says, which is evident by the number of international schools being built.

In Dubai, as in the whole of the UAE, government-funded schools are for Emirati children. Expat children attend specialist private, international schools. He says 11 schools were built in Dubai last year, offering 20,000 student places. Another 18 are planned for this year.

Not just schools are being created though; commercial and residential developments and “hotels are popping up all over the place”, Price says.

The construction boom is driving major investment in energy and engineering too. 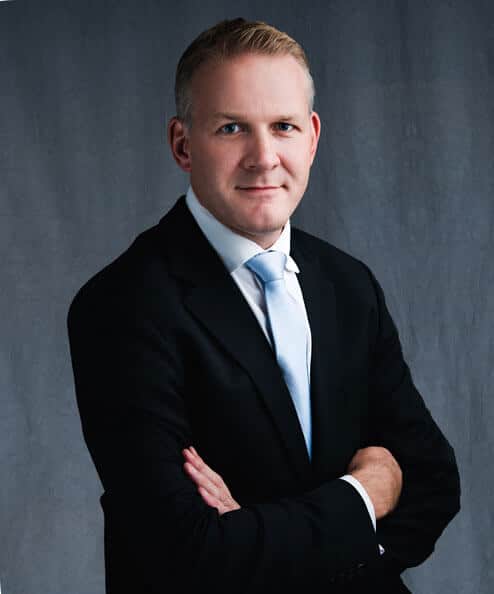 “Dubai has proven itself to be quite resilient over the years to all macro political, economic, technological and social elements. It’s been able to work very well in challenging conditions.” In executive search, a key challenge is specific talent availability, Cox-Hill says. Pedersen & Partners often put forward people from outside the region — experienced Arab expats from further afield or expats from the West, he says, to fill executive roles.

All businesses must be licensed to operate, and that license must be held by a UAE national or a UAE company that is entirely owned by UAE nationals. However, a foreign-owned business can operate from one of the many free zones — specific geographical centres designated by the Dubai government and usually industry-specific — the Dubai International Financial Centre (DIFC), for example. A recruitment business operating from one of the free zones should not, strictly speaking, place candidates outside of that zone, she says.

A federal labour law applies across the UAE’s seven emirates, though each individual state will have its own local laws. In Dubai, the DIFC, though still subject to federal and Dubai laws, also has its own legal system. While the DIFC system has no provision for unfair dismissal, legal cases involving employment dismissals could potentially be built around allegations of discrimination in the workplace on the grounds of gender, race, disability, etc., Khoja suggested.

Khoja says some claims of discrimination have settled out of court. “Employers seem very risk-averse and they don’t want to be reported as the first employer that faces a discrimination case.”

Cox-Hill says: “Expo is going to affect everything, though it is still quite far off. Infrastructure has got to be done … it will affect all sectors from construction and engineering down to retail and hospitality.

While the long-term sustainable impact cannot be known yet, “there will always be other events”, he says.