Profile of a Macedonian Businessman, "Kapital"

Scopje, Macedonia - After a quarter-century of changes and transitions, who is the Macedonian businessman?

Let’s talk first of all about the “first generation”. These businessmen are managers and owners of companies that were mainly acquired during the privatization period from 1994 onward, as well as a small number of businessmen who founded new companies in the early 1990s, when the economic system changed and new companies exploded onto the market. These two types of managers can sometimes combine. 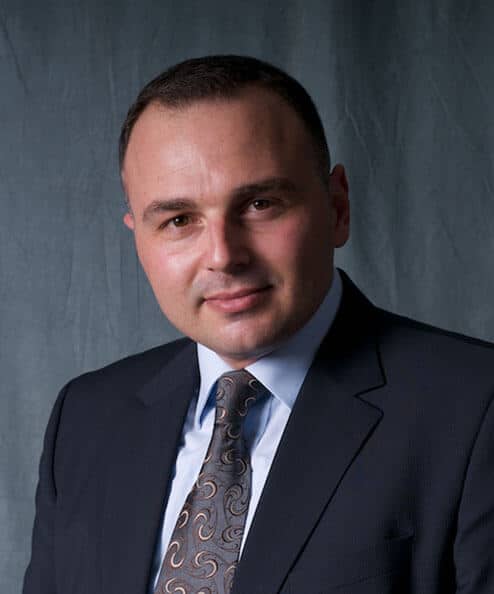 “One thing that the first generation of businessmen has in common is that all the changes they’ve made in their companies were at the behest of external factors – ISO, EU standards etc. In most of the companies there was a lack of self-initiative, and practically nothing new or modern has been implemented for about 20 years now. These managers are reactive, not proactive. They had the chance to do a lot as the first players on the market, but they didn’t,” says Goran Civkaroski, Country Manager for Macedonia at global executive search firm Pedersen & Partners. He has been involved in many “headhunting” operations in the country and the region, and has an excellent knowledge of the mindset of the local managers and entrepreneurs, and their development.

Civkaroski believes that this first category of risk-averse “first generation”, “transitional” or “reactive” businessmen were mainly powered by inertia, and inherited a large part of the business culture of the previous system.

The second category comprises businessmen and managers who work in systems that are mainly owned by foreign capital. They may be reactive or proactive, but they always operate strictly under the supervision of the group owners. The mother companies abroad establish the corporate culture, pricing politics, management systems, results measurement and other company processes.

“For managerial positions, they’ve hired executives from the younger generation - many of them have achieved foreign undergraduate or graduate degrees, invested in themselves and aspired to work for an international company. Some of them worked in domestic companies and became disillusioned when the owners chose to spend resources on personal happiness instead of the development of the company, or simply didn’t have the capacity to understand that the company is an organism that has to grow independently from its owners and managers. So these young managers looked around, and found jobs in international companies,” says Civkaroski.

These companies mainly operate in sectors such as IT, providing services and products to the financial sector (software, outsourcing etc.), telecommunications and associated businesses (infrastructure construction, system integration etc.) and the like. They mainly come from developed economic systems in Central and Southeastern Europe, frequently post-communist economies that have created a new corporate culture under the influence of western investments. Macedonian managers have had to accept this foreign influence and implement the standards on all company levels.

“The domestic managers were under great pressure to behave as the foreign owners required, to achieve the set goals, and they have been fairly successful,” Civkaroski points out. “A different generation with new principles was profiled. They’ve implemented the ways of their owners; their communications are more transparent, and they have started to follow different, more modern management standards. Their common associates and domestic suppliers have also had to accept the standards of the international companies, and slowly the managers of these associated companies have also become part of the second generation.”

The third category consists of businessmen and managers working in investments and investment funds that enter domestic companies in order to restructure them and then sell them on at a higher value. These managers are involved in mergers and acquisitions processes and have contracts that are heavily dependent on results. These managers are local and foreign, and are the most sophisticated managers in Macedonia, because they are charged with achieving relatively difficult goals.

According to Civkaroski: “These managers are under very unique pressures – on one side, they must achieve the set goals by the owner, and on the other side to achieve these goals they must motivate their employees and squeeze them harder than anyone has done in the past 15-20 years to reach these goals. We’re talking about companies with ownership by different private equity funds, institutions like EBRD, where the manager must follow a strategy, deal with internal regulations, handle audits, optimize costs…The managerial remuneration and bonuses are tied to the achieved results, and there is usually an exit severance package consisting of a percentage of the profit made when the company is subsequently sold. These managers are therefore highly motivated to maximize the value of the company they run.”

Entrepreneurs – the most valuable group of businessmen

Last but not least, we have the entrepreneurs. “In my opinion, this is the most valuable group of businessmen,” says Civkaroski. They start from scratch believing that they have to find their own way; they are highly motivated and usually have very detailed knowledge of a certain industry. Their only shortcoming is that they are self-taught and thus tend to behave reactively, i.e. to learn from their own mistakes and problems as they happen. This is not the most efficient use of time, energy and resources.” Civkaroski says that entrepreneurs are sometimes “too entrepreneurial” and this can turn them into micromanagers, so that they do not sufficiently focus on strategy, planning and setting up robust systems while the company is growing and showing strong potential for development.