It was noticeable that after becoming President of the United States earlier this year, one of Joe Biden’s very first acts in office was to rejoin the Paris Agreement on Climate Change on behalf of the US, and this move may signal a general realignment in terms of sustainability and climate. A recent UN Development Programme survey of over 1.2 million people in 50 countries found that almost two-thirds of people say that climate change is a global emergency. For instance, in eight of the ten surveyed countries with the highest power-sector emissions, a majority of people supported more use of renewable energy. As a developed and urbanised region, the European Union clearly plays a key role here. 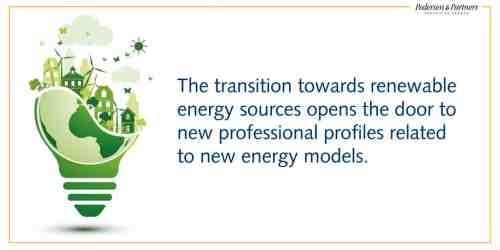 As we can see, a transition is taking place towards a model of sustainable climate development. Most countries have announced ambitious emission reduction commitments, but it remains to be seen whether these commitments will translate into the alignment of the climate policies from the main carbon-emitting countries, thus achieving an effective energy transition.

This transition towards renewable energy sources opens the door to new professional profiles related to new energy models. This new reality means that some of the traditional professions must evolve, as companies look for leaders who can drive this new industrial revolution, mainly based on innovation, digitalisation, ecological transition, and new business models. The three main players that will compete in this market (new companies specialised in renewable energy, large energy companies that are committed to new business units, and capital companies that arrive with strong investments) will face the challenge of selecting professionals with the knowledge, skills, abilities, and competencies to fully address the challenges of this sector. 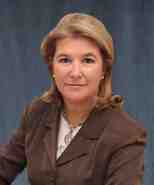 Elisa Martinez de Miguel is a senior consultant at Pedersen & Partners and has been with the firm since 2011. Prior to joining the firm, Ms. Martinez de Miguel worked for over twelve years in the Executive Search industry and has a wealth of knowledge and expertise in leadership consulting, change management, and corporate process redesign, particularly focusing on Recruitment and Evaluation, as well as coaching and management development. In addition, she has strong expertise in the Industrial sector with focus in the energy sub-practice. Before joining the Executive Search industry, Ms. Martinez de Miguel spent six years at an Industrial Group, as a Manager in charge of Corporate Resources.