Female executives in Asia Pacific: Women hold up half the sky

Hong Kong, China - From a global perspective, the number of women in executive positions has stagnated in recent years. In corporations, around 50% of employees in entry-level occupations are women, with the proportion of women in senior and management roles drastically declining. Globally speaking, only 3-4% of CEOs are women. Grant Thornton International Business Report states in its 2014 annual survey that the percentage of women in senior positions remains at 24%, unchanged from its findings in 2012, 2009, and 2007.

In Europe, Norway boasts the highest percentage of board seats held by women (41%), followed by Sweden (27%). However, when it comes to an absolute increase of women in senior management roles, Asia Pacific leads the way. 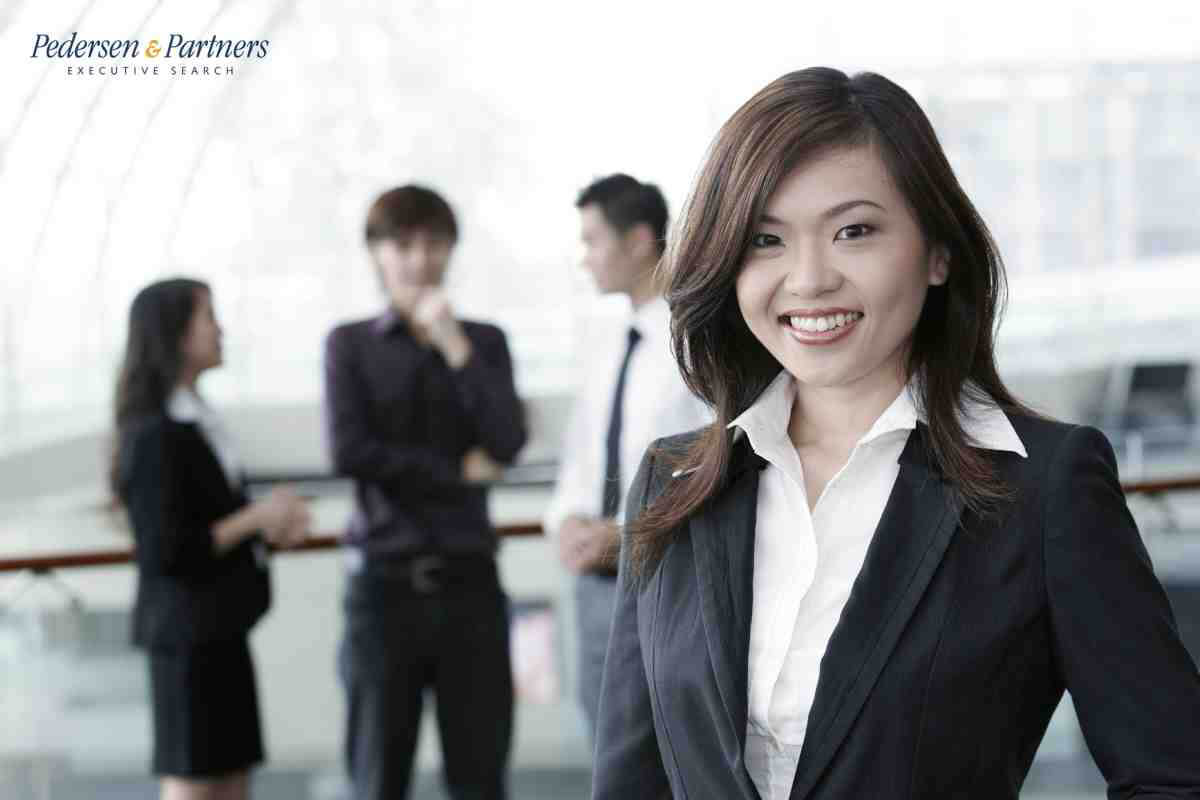 In Southeast Asia, 35% of senior executive positions are held by women. The percentage is 38% in China, boosted by radical urbanization, the inheritage of the cultural revolution that has empowered women, the growing opportunity to enroll in secondary studies and higher education, as well as the fact that China has the fastest-growing economy in the world. Last but not least, China’s one-child policy laid the ground for the fact that women are now filling positions which were previously given to men, since as only children, women must now take on financial responsibility for the family. According to the March 15th edition of Fortune magazine, China now has 44% female labour participation (versus 46% in the United States) and 64% of adult women work in the growing economy (versus 49% in Japan).

“Women hold up half the sky” - an old Chinese proverb

The power of working women is fostered in Beijing and Shanghai in particular. This is a result of a number of factors which come into play here: women do comparatively fewer household chores and responsibilities; there is an abundant affordable supply of domestic staff and support from extended families, including husbands, grandparents, fathers and fathers-in-law who are now culturally more willing to take the majority of the responsibility for housework and child care.  Chinese women therefore have more time and space to focus on their careers, as they are free to extend their working hours and to take conference calls across time zones when working with clients and within multinational companies.

Another factor helping the progress of female executives in Asia is easy access to free childcare. In the Grant Thornton report Francesca Lagerberg suggests that in many Asian societies, families tend to be close-knit, living with or near parents and grandparents who assume the responsibility for watching over the children. This seems to be true in Indonesia, the Philippines and Thailand, where 41%, 40% and 38% of women respectively, take advantage of the free childcare provided by extended families.

In Hong Kong, 33% of senior management positions are held by women, representing the third-highest number in the Asia Pacific region

In Hong Kong, 33% of senior management positions are held by women, representing the third-highest number in the Asia Pacific region (Grant Thornton 2012); there are also many women directors sitting on government advisory boards and committees and not-for-profit organizations. The abundant supply of well-educated women is reflected in the percentage of female senior managers compared to other Asian countries. However, women are still significantly under-represented on the boards of Hong Kong companies and constitute only 11.3% of all directors in Hong Kong. There has been no improvement in the last five years, although the Stock Exchange of Hong Kong has recognized the need for regulatory intervention by introducing a new Code that directs listed companies to report on their board diversity policy from September 1, 2013. Whilst this Code does not impose mandatory obligations, it does require companies to “produce or explain why.”

Since 1978, the birth rate in China has almost halved, and 160 million Chinese have migrated from rural areas to cities. The birth rate in Southeast Asia has dropped from 5.0 in 1980 to 2.6 today, with more Southeast Asian women than men in higher education. New career opportunities for Southeast Asian women are also stimulated by urbanization and a tendency to have children at later ages. Given these societal shifts in Asia, it is likely that the proportions of women in senior positions will continue to rise.

We recommend that our clients use search firms, as they will surely help broaden the pool of experienced, board-ready diverse candidates…

To tap into the supply of board-ready women, businesses must look outside their existing networks, ensure women are included on shortlists of board candidates and advertise appointments transparently. In a statement made to the Hong Kong Women’s Foundation, the HSBC Board has acknowledged that there is “real value in using a search firm as it allows us to consider all candidates from the market in addition to our existing contacts. This also helps the Board to demonstrate that all fiduciary duties have been met.”

In the process of selection of directors and selection planning, Board Members have often used their own personal networking and considered candidates based only on their own knowledge and personal contacts in the market. We recommend that our clients use professional search firms, as they will surely help broaden the pool of experienced, board-ready diverse candidates and assist in setting up a formal selection process based on merit. 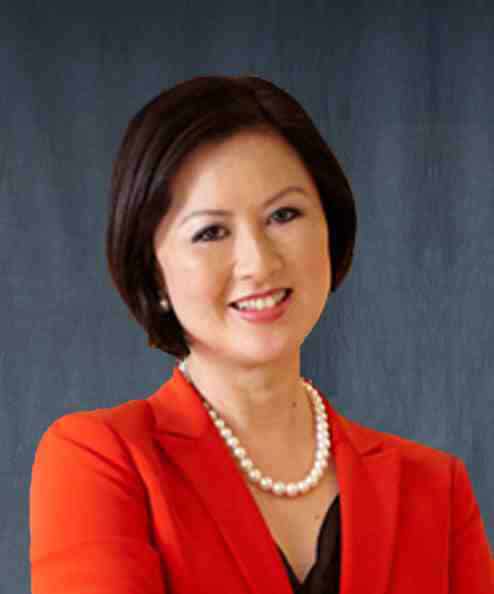 Caroline Lim is a Client Partner based in Hong Kong and Head of Legal, Compliance and Regulatory & Corporate Governance in Asia Pacific for Pedersen & Partners. Since 2001, Ms. Lim has developed an outstanding network and expertise for her search practice with major international executive search firms, building a recognized track record of high profile retained assignments in Asia for Fortune 500 Corporations as well as other multinationals, especially across the Professional Advisory, Financial Services, Industrial, Consumer Product and Retail sectors. Ms. Lim is a UK & HK qualified lawyer and before entering the executive search industry, she practiced at Simmons & Simmons and Denton Wilde Sapte in Hong Kong before moving in-house as Regional Counsel at Cushman & Wakefield Asia. Ms. Lim holds a law degree from the University of Leeds. She speaks fluently English, Cantonese and Mandarin. 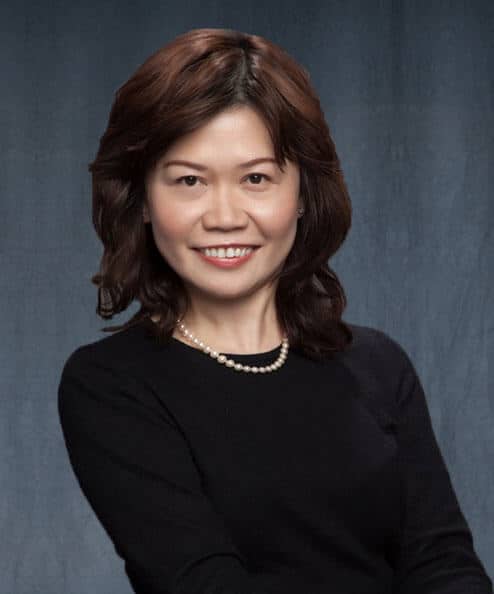 Beryl Chu is a Client Partner at Pedersen & Partners, based in Shanghai, China. Originally from Taiwan, where she started her executive search career in 1998, Beryl has been living and working in Shanghai since 2003. Over the course of her career, Ms. Chu has served in the largest US retained search firms in Greater China; before joining Pedersen & Partners, she worked as a Vice President for one in Shanghai. She is an expert in the local China economic market, with well-developed experience in interacting with local and expatriate talent pools. Since 1998, she has completed hundreds of senior recruitments to lead her Clients’ joint-ventures and WOFE business in industrial, FMCG, and private equity sectors. Ms. Chu graduated from Tsinghua University in Taiwan and holds an MBA from the Institut Superieur de Gestion, Paris. In addition, she is a certified HR professional in China and speaks fluent Mandarin, English and French.

Pedersen & Partners is a leading Executive Search firm, operating 53 wholly owned offices in 50 countries: 32 in Europe and CIS, 7 in the Middle East and Africa, 6 in the Americas and 8 in Asia. Our values Trust - Relationship - Professionalism apply to our interaction with clients as well as executives. More information about Pedersen & Partners is available at www.pedersenandpartners.com

If you want to conduct an interview with a representative of Pedersen & Partners or have other media-related requests, please contact: Diana Danu, Marketing & Communications Manager: diana.danu@pedersenandpartners.com