Successfully implementing gender diversity programs in Kazakhstan and beyond

Whether establishing or expanding their operations in Kazakhstan, many multinationals are asking us how to build a sustainable, gender-diversified corporate structure in an environment long associated with Central Asian patriarchal traditions. This is particularly true where leadership roles and front office roles are concerned. Our colleagues in Kazakhstan, Zaure Tynbayeva, Country Manager for Kazakhstan and Larissa Sklyarenko, Consultant provide more details on the issue, with input from Julie Desloges, Pedersen & Partners Consultant in Moscow, and Ekaterina Kharitonskaya, Pedersen & Partners Consultant in Kiev, on similar issues in Russia and Ukraine respectively. 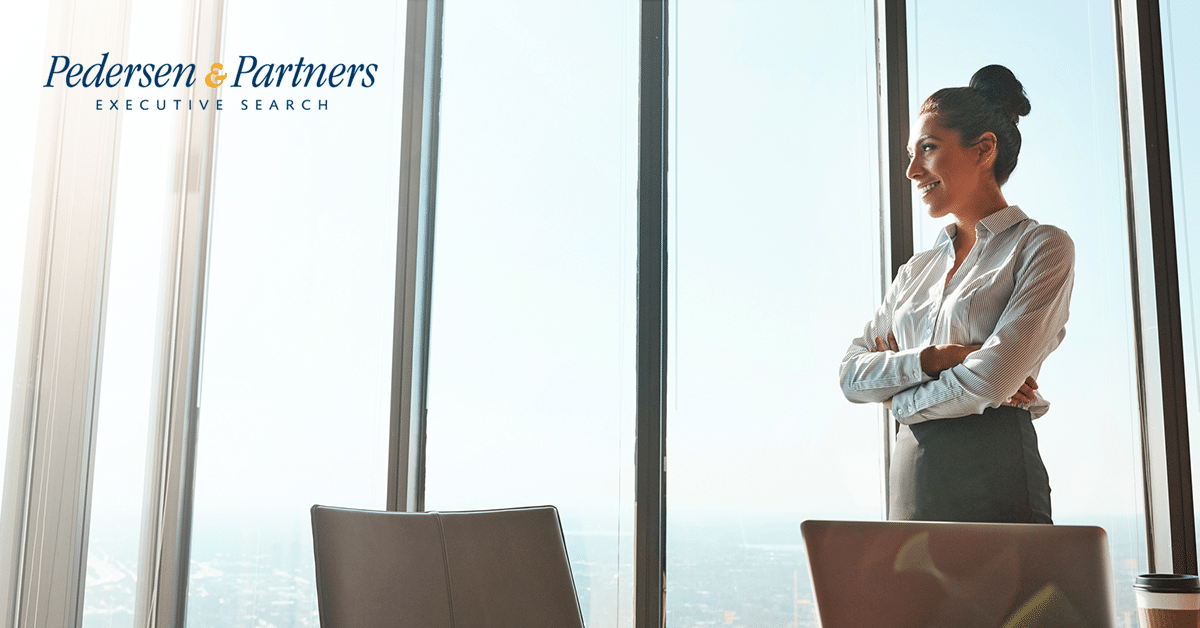 A country with a long history of female higher education

In our experience, Kazakhstan’s unique modern history means that patriarchal traditions usually do not apply in the world of business. We believe that this is in great part because women and men have had equal access to educational opportunities in Kazakhstan since the Soviet era; this equality of opportunity continues into the 21st century. Culturally, Kazakh girls are encouraged to strive in education from a young age, and they often reach adulthood highly motivated towards both academic and professional achievement.

While helping our clients to recruit senior executives in Kazakhstan, we deal with a fully gender-balanced leadership talent pool, although gender distribution can vary by sector. For example, we observed that some professions – particularly oil and gas, mining, engineering and construction – remain predominately male-led, but many dynamic sectors such as pharmaceuticals, consulting and FMGC have an ever-growing number of women in top management positions. This actually reflects the wider economy of Kazakhstan, where women account for 52% of SME leaders, 66% of individual entrepreneurs, and 40% of the country’s overall GDP. The growing participation of women in corporate management thus reflects the significant role of women in the national economy as a whole.

Taking full advantage of this situation at an executive recruitment level requires an understanding of the country’s cultural complexities, and best practices to attract and retain both male and female business leaders.

Impact of traditional family structures on recruitment in Kazakhstan

Traditional gender roles do still operate in wider society to a great extent, and of course we see that this does have some impact on recruitment, not least on the question of what attracts men and women to leadership roles.

Men in Kazakhstan are generally perceived as the main providers for the family, and as such face greater pressure to pursue career goals which carry social prestige. In practice, this leads to a higher status being attached to work which involves hard skills and specialised technical knowledge – and, of course, high salaries. Accordingly, men tend to be particularly motivated towards pursuing certain areas of management, technical work, relationship-building and influencing, and supervisory roles, with many of these areas showing a relative shortage of women candidates.

However, we cannot make overly sweeping generalisations about the impact of family structures on motivation, not least because of Kazakhstan’s divorce rate of over 25%. The talent pool contains a large number of sole female earners, who are often single mothers or responsible for supporting elderly relatives. Thus, while we can generalise that married Kazakh women tend to be less likely to pursue career paths involving relocation or international assignments due to the higher social status accorded to the husband’s career, for a significant part of the talent pool these factors are simply not relevant.

In our experience, women in Kazakhstan tend to be more likely to apply for leadership positions which offer career development opportunities and challenges. We have noticed that some areas of executive recruitment in Kazakhstan tend to close with a slight majority of female hires, particularly those involving transformative leadership, where female candidates score higher on qualities such as creativity and agility. It has also been observed by some of our clients that female Kazakh leaders have a significantly greater tendency to take on additional challenges and responsibilities over and above those found in their job description. Male flexibility, by contrast, tends to manifest itself in a willingness to change career path entirely, seeking new challenges by applying for positions that will take their career in new directions.

We also found a notable gender division on the question of work/life balance: Kazakh men tend to rate this as highly important; women (perhaps surprisingly, given their often more frequent need to balance work with additional familial responsibilities) are much less likely to name work/life balance as an important factor in making a career decision.

Perhaps predictably, our research suggests that while female Kazakh executives place a higher value on career stability, they are in general also less likely to drive salary and promotion negotiations, and less likely to strongly assert the credit due to them for their achievements. Male executives, who are also more strongly represented in positions involving corporate negotiations, tend to take a more assertive role in discussions of their promotion and compensation.

It has been observed that even in a diverse Kazakh workplace, men ultimately tend to work primarily with their male colleagues, and women with their female colleagues, sometimes to a degree not usually observed in most Asian or European workplaces. Planning to ensure that mixed-sex teams remain united and communicative is thus an additional challenge for multinationals operating in Kazakhstan – but a challenge which can be confidently overcome with the right level of cultural knowledge.

Comparisons with Russia and Ukraine

The phenomena described in Kazakhstan are, for the most part, similar to those found in other dynamic economies of the former Soviet Bloc, as can be seen by examining conditions in Russia and Ukraine.

Julie Desloges, Pedersen & Partners Consultant in Moscow shared her view of the situation. In Russia we see a similar story, again beginning with education: the legacy of the communist regime’s commitment to equal access to higher education, and to upper management positions, has continued into the democratic era, and as a result there is a long-established and widespread acceptance of women in executive positions. There are exceptions to this rule – notably defence, energy, and heavy industry – but even here, female HR and Accountancy executives are commonplace.

Again, while traditional gender roles are still very much in operation within many Russian families, a national divorce rate of over 50% minimises the relevance of this in practice. We also note in Russia the same widespread tendency for corporate employers to regard female executives as generally more adaptable to fast-changing business environments. However, there is one notable point of difference in executive recruitment in Russia: the relative absence of salary disparities between male and female executives. Female Russian senior managers tend to negotiate for a higher salary as confidently as their male counterparts.

Ekaterina Kharitonskaya, Pedersen & Partners Consultant in Kiev, added her findings: In Ukraine, we can also see a broadly similar story playing out on a number of levels. Certain sectors in Ukraine are strongly gender-balanced at management level – notably hospitality, public administration and entertainment – while others, particularly construction, defence, agriculture and heavy industry, skew strongly male. Consumer industries see increasingly female-skewed management teams, where the diversity challenge can often involve the deliberate inclusion of male senior members for balance. Across all sectors, certain back office roles tend to have particularly high levels of gender parity, particularly HR, Finance, Legal, and Procurement.

Again, we find that Ukrainian female senior management tend to be more strongly motivated by personal achievement and financial independence than by high salaries, and this is often reflected in salary negotiations. Once again, while traditional gender roles often remain strong within family structures, a divorce rate of over 40% makes this less relevant to executive recruitment than one might expect.

As the first global executive search firm to enter Kazakhstan in 2007, Pedersen & Partners has become a knowledgeable advisor to multinational companies in the region. We believe that in order to increase our clients' sustainable success across Central Asia, we should not only assist in recruiting people, but also guide them on the cultural and customary factors which can impact the success of their teams, as well as their creativity, employee engagement scores and retention.

Compared to traditional recruitment methods, a systematic and thorough executive search process gives our customers the opportunity to assess a wider variety of recruitment solutions to find the optimal means to synergize executive talent, local tradition and corporate culture. In this respect, we encourage our customers to take advantage of the benefits of diversity in the Kazakh corporate environment. 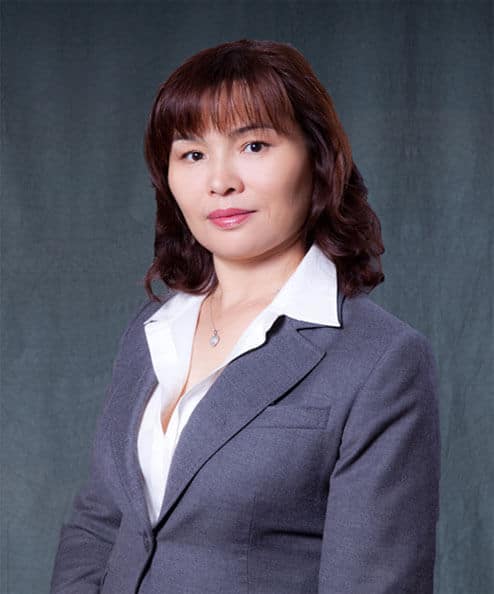 Zaure Tynbayeva is the Country Manager for Kazakhstan at Pedersen & Partners. She brings to the firm a successful track record of channel, customer and partner relationship management and driving strategic business development initiatives in the IT industry. Her previous experience allows her a deep understanding of international corporate culture and the challenges of growing businesses in emerging markets. Before entering Executive Search, Ms. Tynbayeva spent six years with Microsoft where she held various sales positions including her last role as the Small & Medium Enterprise Solutions and Partners Segment Lead. Most recently, she was the Commercial Director for Kazakhstan & Central Asia with Mont-Almaty, a leading software distribution company in CIS. 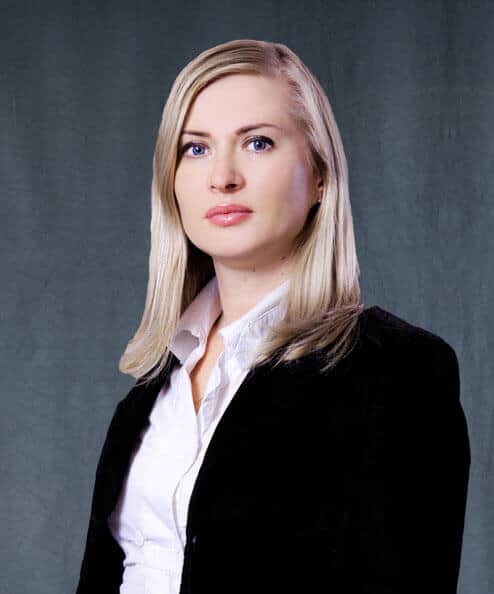 Larissa Sklyarenko is a Consultant at Pedersen & Partners based in Kazakhstan. Ms. Sklyarenko brings to the firm 18 years of expertise in financial management and accountancy having held senior level positions within the Oil & Gas, Professional Advisory, Chemicals, and Pharmaceutical industries. Most recently, Ms. Sklyarenko was the Financial Manager with Al Enmaa Oil & Gas in Libya; prior to that she worked as the Country Manager Kazakhstan with ASC International BV, an international recruiting company which recruits staff exclusively within the Energy sector. 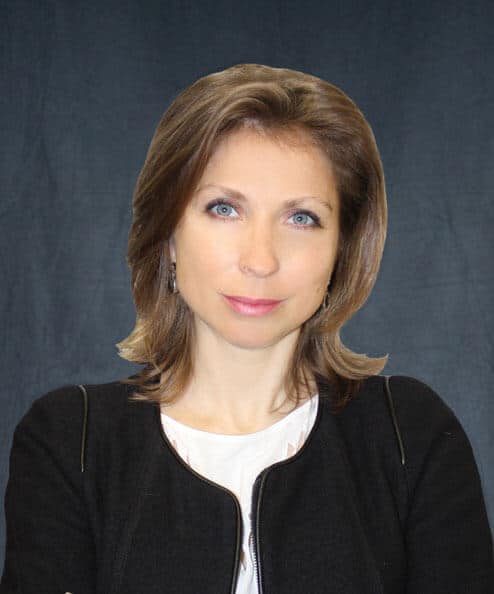 Julie Desloges is a Consultant at Pedersen & Partners based in Moscow, Russia. Over the course of her professional career, Ms. Desloges gained vast experience in Human Resources consultancy & management within major international firms in Russia and France. Prior to joining the firm, she held key positions within several multinational Human Resources consulting firms, ranging from Executive Search Manager to Strategic Account Manager and most recently, Senior Consultant for FMCG & Retail practices. In addition to conducting local searches for a variety of sectors, she gained extensive experience in cross-border searches for local and international companies. 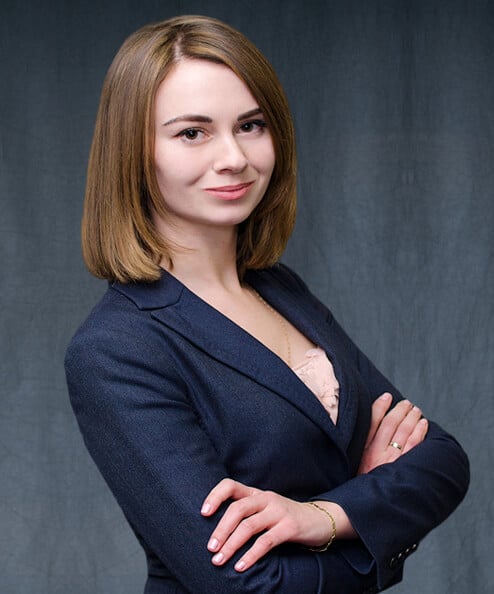 Ekaterina Kharitonskaya is a Consultant at Pedersen & Partners, based in Kiev, Ukraine. Ms. Kharitonskaya is an Executive Search expert with more than 13 years of experience in the Banking & Financial Services, Professional Advisory, Life Sciences, and FMCG sectors across the CIS, Central Asia, and the Caucasus. Ms. Kharitonskaya entered the field in 2004 as a Consultant with a national staffing industry leader, where she focused on advising clients on Banking & Corporate Finance recruitment matters. Three years later she started her decade-long collaboration with a leading CIS-focused HR services provider. Resided in Ukraine and Kazakhstan Ms. Kharitonskaya held leadership roles within its FMCG and Banking practices. She was in charge of business development, account and operations management, and recruitment across a wide variety of functions, including General Management, Finance & Accounting, HR, Legal, and Sales & Marketing.

If you would like to conduct an interview with a representative of Pedersen & Partners, or have other media-related requests, please contact: Anastasia Alpaticova, Marketing and Communications Manager at: anastasia.alpaticova@pedersenandpartners.com